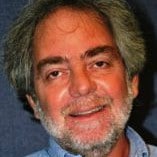 However small the country, it is important to develop adequate research capacities locally and in doing so strengthening these countries to better meet the demands of their populations, achieve better health and better quality of life for all and reducing inequities.

Izzy Gerstenbluth received his medical degree from the University of Groningen in the Netherlands. After doing residencies in Surgery, Obsterics & Gynaecology and Neurology, he worked as a General Practitioner in Government Service in Curaçao as well as working part time within the Public Health department where in the late eighties he set up the Epidemiology & Research Unit, which he still heads. He then trained at and obtained an MSc in Public Health Medicine from the London School of Hygiene & Tropical Medicine.
He has served as National Epidemiologist for the Netherlands Antilles until its abolishment and still holds that title for the Country of Curaçao.
He also holds a part time position with the Royal Institute of Public Health and the Environment in the Netherlands to advise and assist the three Dutch special municipalities of Bonaire , St. Eustatius and Saba on matters concerning communicable disease surveillance, public health practice and outbreak management.
Within the realm of communicable diseases he primarily focuses on setting up adequate surveillance systems, be it laboratory based or clinician based, disease specific or syndromic, to allow the small islands of the former Netherlands Antilles to develop an early warning system and a means of tracking outbreaks and their impact.
A large part of his work, however, also includes non- communicable diseases. He has initiated and led major health studies on all of the islands of the former Netherlands Antilles and has set up and is working towards broadening registration systems regarding Cardio vascular diseases, Risk factors and Cancers.
His research efforts target the strengthening of surveillance & monitoring systems, reducing incidence of HIV, improving vector control and reducing the impact of Vector Borne Diseases including the understanding of behavioral aspects regarding prevention measures.
In the non-communicable diseases his attention is directed towards obesity as central risk factor for Hypertension and Diabetes as well as several types of Cancer, the epidemiology of chronic diseases and on how to effectively modify life styles taking the determinants of health into account especially inequities in health.

Among others he served as a board member of the Council on Health Research and Development (COHRED) from 1999 – 2005 and on the Advisory Committee on Health Research (ACHR) of the Pan American Health Organization (PAHO) from 2007-2010.